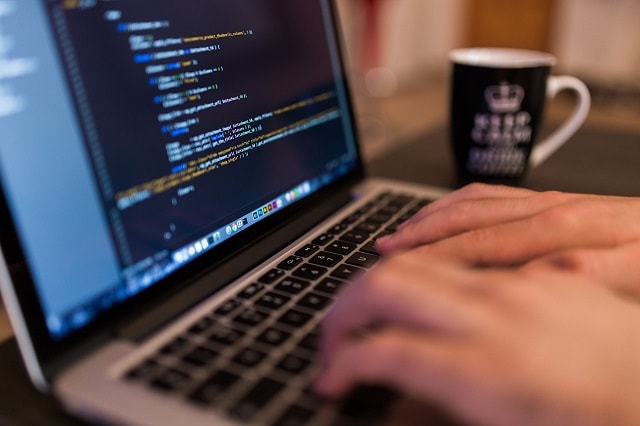 Also known as client-side developers, front-end developers put in their coding know-how to make a website come alive. They are mainly focused on making sure that the client’s website is in working order and aesthetically pleasing. They ensure that all the links, buttons work and found at the right places and that the site is responsive. For instance, you have got a website but you want to make certain buttons pop out or some menus to drop down. A front end developer can help you with those animations. They can also input certain themes or colour schemes into your website and make it come alive.

Typically, people specialising in front end development know HTML, CSS, and Javascript. Apart from coding languages, they also have knowledge in content writing, artistic skills and know what users would want in a website. This enables them to understand exactly what the client wants on their website.

They are also known as server-side developers. They deal with the servers, applications and databases. These developers write code that forms the foundation of a website and the applications it contains. They ensure that the website loads up quickly which is an important aspect for user experience and search engine optimisation. They are mainly focused on how things work in a website and server so that if you were to perform an action in a site, the site delivers accordingly. For instance, if you search for a query on a website, the website will be able to make sense of that query that deliver the appropriate results back to you. If you were searching for a product on an e-commerce website, you will get the item you requested. All these actions are due to the work of a bac- end developer.

What is the Difference between Front-End and Back-End Developers

The main difference is in the focus. Front-end developers are mainly concerned with user experience and client expectations. They need to ensure that website looks good, and that all the site’s components are responsive in all desktop and mobile browsers. Whereas for backend developers, they are concerned with how the website works and functionality of it. It is not always about the looks for them.

As the name implies, a full stack developer is someone who can do both client side and server side programming. They would know coding languages from both sides and how to use them appropriately. As such, they can build a whole website from scratch and make it look presentable for the client.

Full stack developers are known as the jack of all trades as they know a lot about web development. However, some people say that they are a master of none as they tend to not go in-depth in the skills that they know. Nevertheless, they are better than a master of one skill as they can build a fully functional website and be sensitive to user experience and client expectations. Full-stack developers can work independently which makes them ideal for small businesses that do not have a lot of budget.

If you need a web developer, contact us here! Leave a comment below if you have a question or opinion about web development.bm