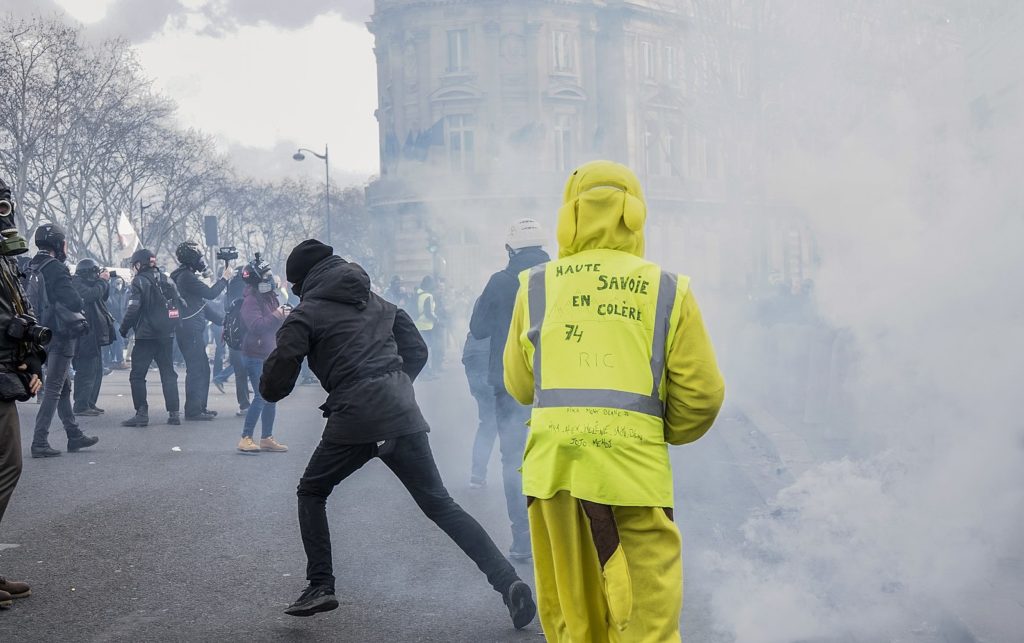 “Everything for Notre Dame, Nothing for Les Misérables.”- Yellow Vest Protesters want more Action for the Poor amidst Notre Dame Fire Donations

On Saturday, 20th of April, in the wake of the Notre Dame fire, protests erupted all over France, including Paris. Organised by the Gilets Jaunes, otherwise known as the Yellow Vests, this protest was triggered by the rich, affluent figures of France donating vast amounts of money for the recovery of Notre Dame.

Around 27900 people marched all over France, where 9000 of them were in Paris. What started off as a peaceful demonstration turned violent when protesters threw rocks, bottles and committed arson. 60000 policemen were activated to quell the violence, deploying tear gas and stun grenades to disperse the crowds. Around 178 people were arrested

The Yellow Vests are a group that seeks to pressure the government to address issues like rising costs of living and fuel prices, heavy tax burden on the low and middle class, and raising the minimum wage. They also called for the resignation of President Emmanuel Macron as he is seen as a president that supports the elites.

This was the 23rd week where the Yellow Vests protested for reforms. This time, they chastised billionaires for donating millions of dollars to rebuild the Notre Dame Cathedral instead of helping to alleviate poverty and rising costs of living. Some protesters suspect the genuity of these donations as they claimed that the billionaires were donating in order to get a tax break. Some also mentioned it was a marketing ploy for their brand name.

The Notre Dame fire, which occurred on the 15th of April, led to its spires collapsing and severely damaging the roof and walls. While some of the paintings suffered from smoke damage, The Great Organ, the rose window, the tunic of St. Louis and the Crown of Thorns were unscathed. This 850 year old cathedral is one of the most famous Gothic Cathedrals in the world where it portrays the French interpretation of beauty and authority. It is a strong symbol of French culture and identity; when the fire broke out, France was grieving as a nation on that day.

President Macron launched a fundraiser which garnered around 900 million euros from various people, companies and institutions. Various families behind the famous brands, like LVMH and L’Oreal, donated hundreds of millions of euros to rebuild Notre Dame. Total donations amounted to about one billion euros.

Restoration would approximately take around 20 years due to the massive scale of Notre Dame. The money will be put into rebuilding the roof and spire, restoring paintings from smoke damage, and maintaining the antique look of the whole cathedral.

“Horrible scenes, I saw many body parts strewn all over”- Bombings in Colombo, Sri Lanka

On Easter Sunday, 21st of April, Sri Lanka was devastated by a series of bomb blasts in three churches and three hotels. The death toll now stands at 310, with 500 people wounded. 32 foreigners, from countries like India, UK, Netherlands, Portugal and China, were amongst the fatalities. 40 suspects from the local extremist group, the National Thowfeek Jama’ath, were arrested.

Country leaders like Singapore Prime Minister Lee Hsien Loong, British Prime Minister Theresa May and United States President Donald Trump were appalled by the attacks and expressed their solidarity. Religious leaders, like Pope Francis, also expressed their condolences and called on the Sri Lankan people to be resilient during this time of crisis. 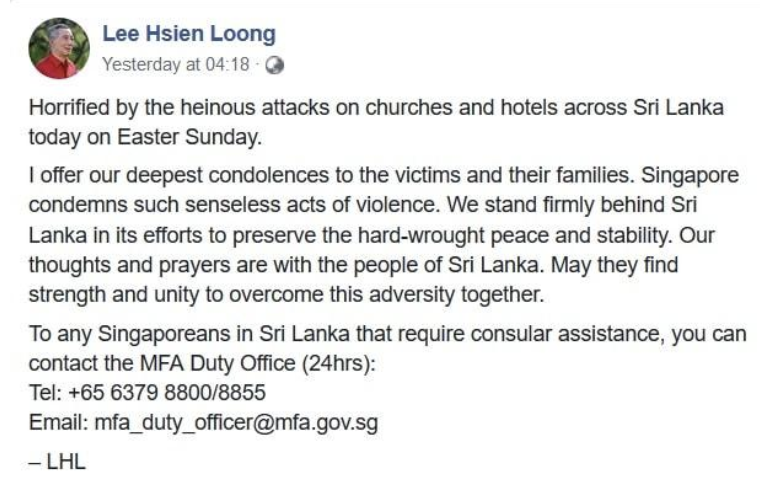 People from all walks of life are stepping in donate money, food and medicine. They are to be used for the victims of the blasts. Unlike the Notre Dame fire, no major figure has stepped in to offer donations to rebuild the churches and buildings.

You can contribute to the rebuilding efforts of Colombo Sri Lanka. Every little donation will go a long way.

Here are some organisations you can go to:

We would like to hear your opinion about the Notre Dame donations and the Sri Lanka bombings. Can they be better managed? Are the feelings from the people warranted? Please leave a comment and tell us what do you think about these issues.