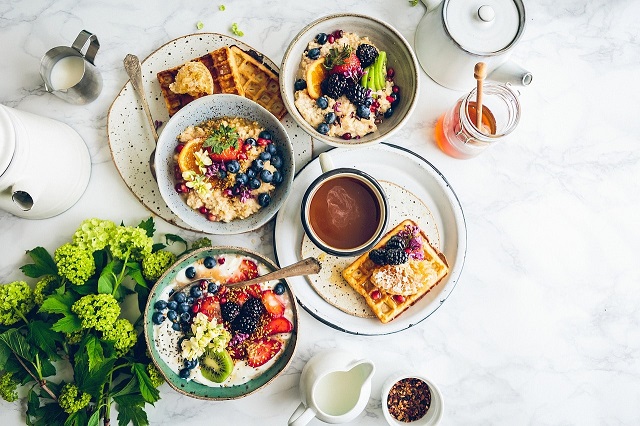 It was said that veganism is the best way to help save the environment and tackle global warming as you will be completely cutting back on your demand of animal products. However, it is definitely not easy for someone to straight away switch to a vegan diet like that. The very thought of it can be daunting, striking fear in many of us omnivores. Lucky for us, there is a diet and everyone can adopt that has much lesser consequence for the environment. That way is Flexitarianism.

But First, How Does Our Current Diet Affect the Environment?

Animal agriculture accounts around 13-18% of greenhouse gas emissions in the world. One might think that it does not seem like a lot and animal rearing is too important a food source to cut down like that. Even though the proportion to global emissions is fairly low, it is the composition of the gases that one should look at. Animal agriculture accounts for 44% of methane and nitrous oxide produced in the world, which are much more potent types of greenhouse gas as compared to carbon dioxide. Methane is 84 times for more potent than carbon dioxide while nitrous oxide is 300 times more potent and also destroys the ozone layer. This means that these gases will trap much more heat as compared to carbon dioxide.

The main reason for such a huge percentage is because of livestock. Livestock are largely responsible for the huge amounts of methane and nitrous oxide produced due to enteric fermentation and manure storage. Enteric fermentation is part of the digestive process of the animal where bacteria breaks down the plant food eaten by them. During the fermentation process, methane gas is produced. Methane and nitrous oxide are produced in the manure excreted by the animals too.

Emissions are also being produced from growing of plant feed for the livestock and manure storage. Farmers need a lot of nitrogen rich soil to grow the feed, which in turn produces a lot of nitrous oxide into the air. Manure both produces nitrous oxide and methane as the its being decomposed by bacteria. In larger farms there are usually facilities to treat and store the manure and prevent the gases from escaping to the atmosphere and contaminating water sources. However, without proper management and treatment, the production of these gases can intensify and significantly contribute to global warming.

So, the Answer Seems Obvious. To Eat Less Meat.

Apart from global warming, animal agriculture has other damaging effects. It is very resource intensive as it needs a lot of land for pastures, farming and housing the animals. Thus,there is rampant deforestation, and soil erosion as there are no forests to hold the soil together. Improperly disposed animal wastes, pesticides and other chemicals are discharged into open bodies of water or leached into groundwater which causes major water pollution.

Over the years, there is the growing trend of veganism, where you stop eating meat and animal products, including eggs and dairy products. It goes by the argument that if everyone cuts down on their meat and animal product consumption, it would reduce the production of those products. Which then leads to reduction of animal agriculture and thus decreasing the amount of greenhouse gases emitted. By reducing the demand of animal products, the land would be freed for plant cultivations which can yield higher amounts of food which can feed many more people in the world.

Vegans also argue that the vegan diet is much more healthier as you will be eating more fruits, vegetables and whole grains. You will get all the essential nutrients without the fats and cholesterol from animal products. Some people said that once they went vegan, they felt great. They said that they fell sick and the skin was glowing and flawless. There is some truth to that; they are consuming a lot of vitamins, minerals and antioxidants.

Not only health reasons, veganism promotes zero tolerance to animal cruelty. Animal agriculture is known for its cruel and unethical methods to mass produce meat and animal products as you have probably see pictures of animal living in extremely small spaces and being force fed to fatten them up. Vegans believe that all life is precious, has dignity and need to be treated with respect.

However, There Are Legitimate Concerns for Veganism.

Poorly planned vegan diets can lead to nutrient deficiencies, fatigue, hunger and, quite possibly, food intolerances. One of the issues that vegans face is that they constantly feel hungry as meat is more filling than plant products. It means that there is a calorie or nutrient deficiency in the body. Moreover, without animal products, one would be missing out on the complete proteins; proteins that provide all the essential amino acids for muscles, the immune system, hormonal balancing and healthy hair and nails. They would also miss out on the calcium too which is key in strong bones and teeth. Food intolerances occur when you eat a certain food item too much that your body may not ingest it and eventually completely reject it.

Going vegan can be as fattening as a non-vegan diet. To quell that hunger and for the sake of convenience, some vegans would go for processed food and snacks. Things like soy-based fake meats eggless cookies can make the switch to veganism easier but too much consumption of these products are too unhealthy. They usually contain a lot of fats, sugars, salts, fillers and chemicals to make the food look and taste better. For instance, the coconut milk substitute you see at coffee shops is not real coconut milk as the real ones are thick and luscious. The ones at the coffee shops are watered down, full of sweeteners and emulsifiers. If one is going down that route to veganism, they will not get any health benefits whatsoever.

To be a ‘proper’ vegan, one would need proper meal planning to ensure that they get all the calories and nutrients they need while keeping the processed foods at bay. However, it is indeed difficult to make a smooth transition to a vegan diet; even if you want to, your body may reject the diet. And the plant-based products available on the market unhealthy and even expensive. So, is there a way in between that can benefit the environment and get your intake of animal proteins?

It is Called the Flexitarian Diet

A flexitarian diet is a diet where you can still eat meat, but in far lesser amounts. Instead, you will be eating much more plant based products, less processed food and red meat. As one can infer from the name, you can be flexible in your diet, just that you need to reduce your intake of red meat. You are still getting all the essential nutrients from animal products, together with a boost of nutrients from the increased intake of fruits, vegetables and whole grains.

How is it good for the environment even when you are eating meat? You will be greatly reducing your demand for red meat which will lead to a positive impact of the environment. One of the main producers of animal agriculture emissions is beef and sheep cattle rearing. Why cows and sheep? These animals feed on grass most of the time where, during enteric fermentation to breakdown the grass cellulose, produce a lot of methane. Chicken and pig rearing produces far less greenhouse gases as they eat more grains than grass. Eating seafood from farms, especially mollusks can be a great eco friendly substitute too.

By this argument, if everyone does their part and reduce their intake of red meat, the result will significant. Though it would not be the best solution in terms of animal welfare, you would be cutting greenhouse gas emissions from agriculture by half, and greatly reducing methane and nitrous oxide production.

How Does One Go About in a Flexitarian Diet? Here is a Rough Guide:

The first thing you need to do is to reduce your intake of red meat. If you have been eating red meat five days a week, you would need to cut it down to two days a week. Instead, opt for white meat like chicken and fish as your main protein. The next thing is that you need to increase your intake of fruits and vegetables. If you do not have a habit of eating your greens, find out what is your favourite fruit and vegetables and start eating more of that before branching out to other kinds. Lastly, cut back on the processed food and eat more whole grains. Switch up your bread to whole grain and once you can comfortable with the taste and texture, you can try out other varieties. The fun part about this diet is experimenting and trying out new things!

So, the next time your friends ask you to join them for Meatless Mondays, you should consider as you will be doing wonders for the environment and your health too. When you used to the flexitarian life, you can try going vegetarian and ultimately vegan if you are interested. But, at least take the first step forward for your health and the environment with flexitarianism.

We love to hear your opinion about veganism, flexitarianism and the environment! What do you think about the different kinds of diets we can do? What are the other ways we can save the environment without compromising our convenience and comfort? Leave your comments below!

One thought on “Can’t go Vegan for the Environment? Try Flexitarianism”