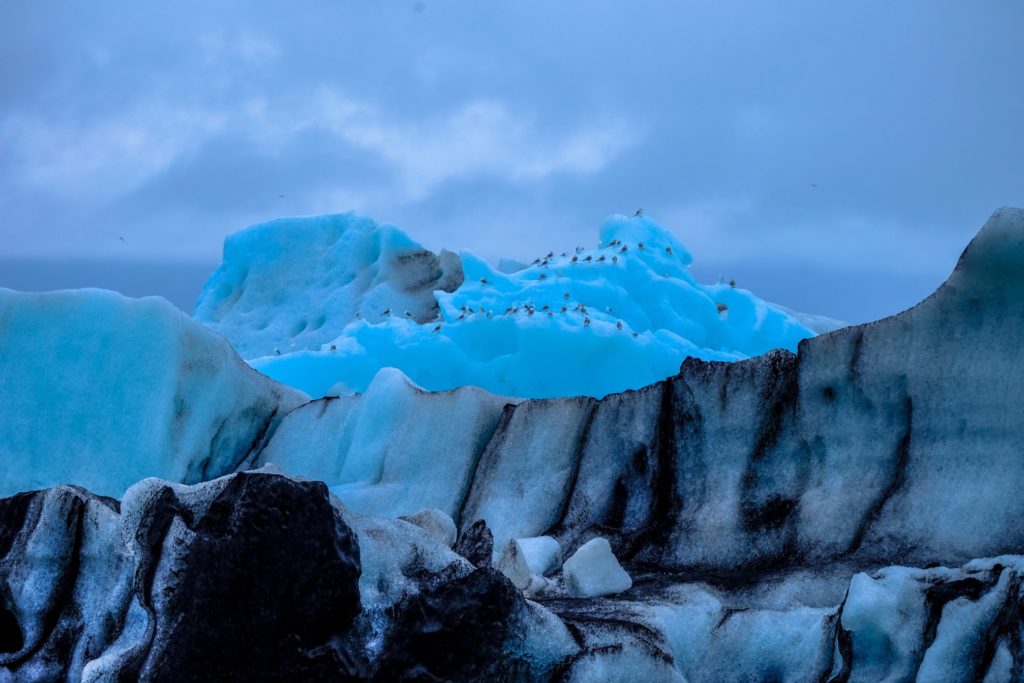 Our Planet is currently one of the most talked about documentaries that shows the beauty of the environment and animals coexisting together in harmony. It drives the crucial message on how human-driven climate change can upset that harmony and lead to devastating consequences in the biosphere.

With collaboration with the World Wildlife Fund (WWF), it was produced by Alastair Fothergill and Keith Scholey from Silverback Films, the team behind Blue Planet. It took four years to film at over 50 countries with a crew of over 600. Sir David Attenborough narrates this eight episode documentary published on Netflix on 5 April 2019 to kick off its lineup of natural history shows. Attenborough hopes that once we understand these consequences, we can take appropriate steps to stop environmental degradation from escalating.

Compared to other wildlife documentaries, Our Planet’s style and videography is different. It shows unadulterated animal instinct. It shows predators hunting their prey, living and mating in their harsh environments and of course, death in its raw form. You can see in various episodes, like how the polar bears hunted a baby seal and the iconic, yet controversial, walrus scene. Netflix even warns animal lovers to skip ahead some scenes as they could make them uncomfortable.

This documentary has a key driving message in each episode: to show how human-driven climate change is affecting the environment and the animals living from it. It shows time lapses of how the environment is changing, from shrinking ice caps to lands barren of rainforests. The homes of the animals are disappearing and their food supplies diminishing. The animals are dying off at an alarming rate; to the point that they will be extinct in the matter of one of two decades. To illustrate, the disappearing sea ice are driving hundreds of walruses to crowd on a tiny beach. Climate change is causing the oceanic Humboldt current to disappear, leading to lower food supplies to the predator creatures, and eventually leading to the ecosystem collapsing.

The show has a fair share of criticism and conspiracy theories. Every episode has a message about climate change, which can leave a bitter taste in the mouth. Some people think that even with such a documentary, action from the big corporations and players would be little to none. Others believe that the videos shot were spliced together, meaning that the footage was manipulated to forward their own agenda. But despite the criticisms, the message presented is something everyone should heed to. Human-driven climate change is causing so much negative change to the environment and action must be taken immediately.

As much as showing the ugly truth, Our Planet shows that there is hope in saving our environment. Human action can save the environment by protecting it and allowing it to rebound. For instance, there are specialised marine conservation areas that protect the sea creatures and allow them to thrive in an increasingly bleached ocean. At Chernobyl (the unlikeliest of places), wildlife of wolves, foxes and horses began to return back to the area, showing how, if we let it, environment can recover by itself.

What Makes this Documentary Impactful

What makes this documentary so impactful would be its immersiveness, utilising your sense of sight and sound fully to bring you on a trip around the natural world. It grabs your attention and invokes an array of emotions. In the end of it all, you may empathise and even feel empowered to do something good for the environment.

The crew’s professional camera work has a huge part to play in delivering these brilliant scenes. Through the usage of state-of-the-art gyro stabilised cameras and ultra zoom lens, audience can witness the raw energy and violence of nature. 4k drones and satellite imagery were used to capture the spectacular, aerial views of our world. Put these close-up videos and the overhead images together and you will get the whole portrait of how the animals interact with nature and, at the same time, the impact of climate change.

The music composed by Steven Price adds ambience and emotion in each episode. The upbeat notes, sombre tones, grandiose pieces and even the impactful use of silence allows the audience to feel a variety of emotions like curiosity, urgency, sadness, cheeriness and inspiration. Inspiration to change the world.

Given the reach of Netflix, around 25 million (and counting) households across 190 countries watched this documentary. This means that the message of nature and climate change has reached to all these households. Quite possibly, many people are choosing to watch this documentary to educate themselves about the environment, natural history and climate change. And indeed, they realised the extent of damage and the need for immediate action. Social media erupted in posts and comments expressing sadness at the plight of the animals and are calling more action to protect the environment.

While it is too early to see any concrete action, there is indication that mindsets can change. Since the release of Blue Planet II, more people are switching to reusables and lowering their plastic usage. Thus, we are hopeful that, after watching Our Planet, more and more people will do their part to conserve the environment and might even pressure more corporations to do their part as well.

Even though this documentary can be distressing to watch, we urge everyone to watch it as you can at least gain some awareness at the state of our world. If you do not have a Netflix account, you can still check out the extended trailer which sums up the aim of the documentary.

If you like to learn more about the different ways to stop environmental destruction you can visit Our Planet’s official website.

One Planet, Our Planet

If you would like to donate, spread awareness or even take action for the environment, visit the World Wildlife Fund site. Every little bit of donation and effort will be greatly beneficial to saving the environment.

World Wildlife Fund: How You Can Help

It is never too late to start living sustainably. Check out our website for a catalogue of products that does not hurt the environment.

4 thoughts on “Bitter, yet Hopeful: Netflix Documentary Our Planet”